Going in to their first tournament weekend together the 02/03 boys traveled to Pennsylvania for the FC Europa Turf Cup.  Their first game started with a cold 8 am game that saw the boys down 0-1 going into the second half.  About 2 minutes in to the second half the boys saw themselves down 0-2 to Next Level SC but the boys didn't put their heads down.  Josh Potter sent a free kick back post that found Russell Domm getting a head on it to bring the boys down one.  Chuck Domm added the Lancers their second goal to tie the game up at 2-2 and brought the opening game to a tie.

In the second game against PA Classic the boys found themselves down 0-1 early but bounced back to win 4-1 with Russell scoring two goals, Chuck and Andrew Leckinger both adding one each.  The Lancers found themselves in second behind Next Level in the standings due to goal difference.  The Lancers needed at least a 3-0 win in their last game against Parsippany SC and Next Level needed at least a goal scored on them in their last game against PA Classic to win the division.  The boys came out strong at the start!   Josh Potter again sent another great free kick to the back post where John Schrader was there to head it home for the 1-0 lead in the first.  Second half the boys really laid it out to Parsippany SC.  Chuck Domm, Mike Loiacono and Andrew Leckinger all found the back of the net to finish the game off with a 4-0 win and winning the division as Next Level beat PA Classic 2-1, giving the boys 24 points in the bracket and Next Level right behind them with 22 points.. 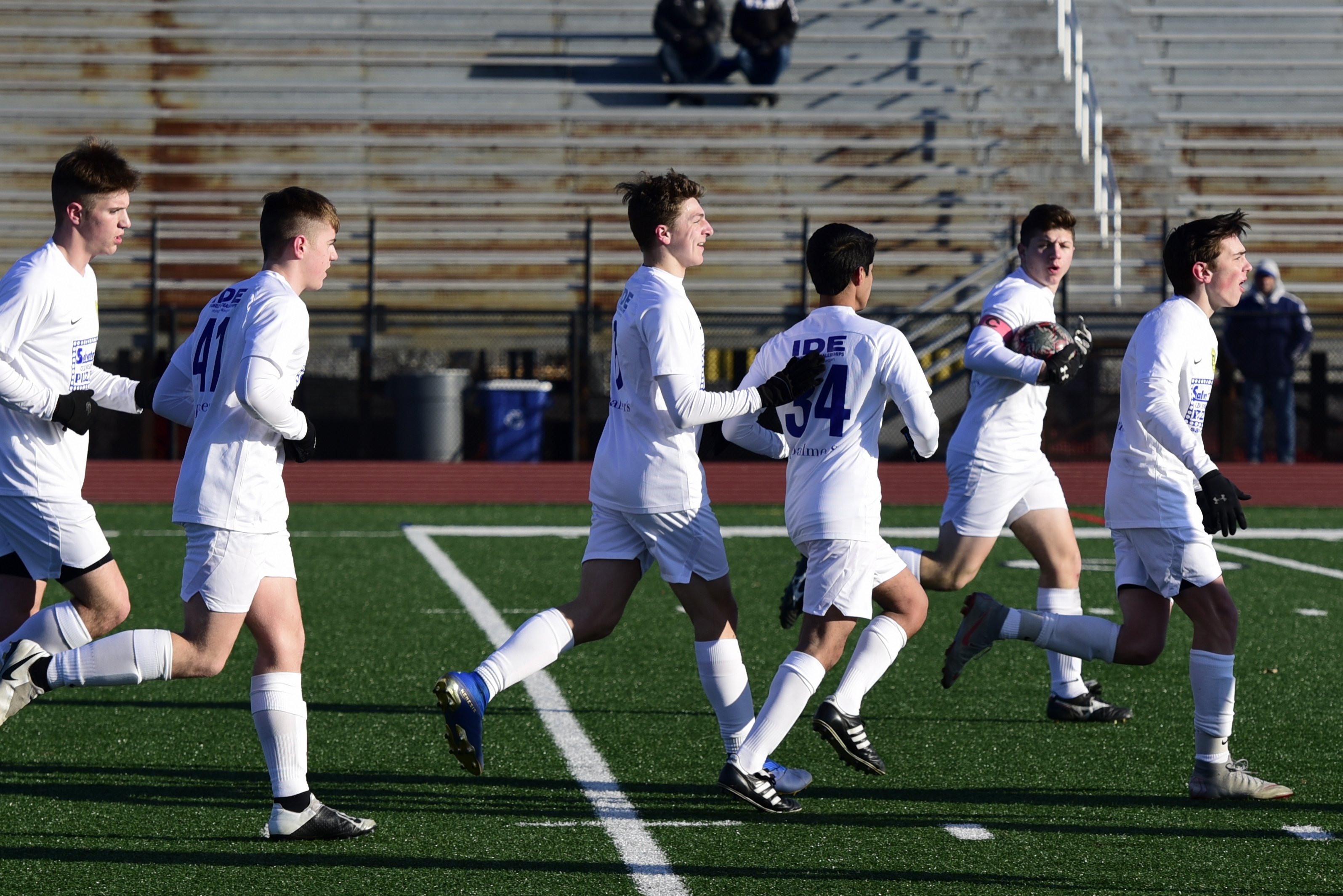 Overall great weekend for the Lancers 02/03 team as this was their first tournament together and came out on top, allowing only 3 goals scored on them and scoring 10 for the weekend!!!